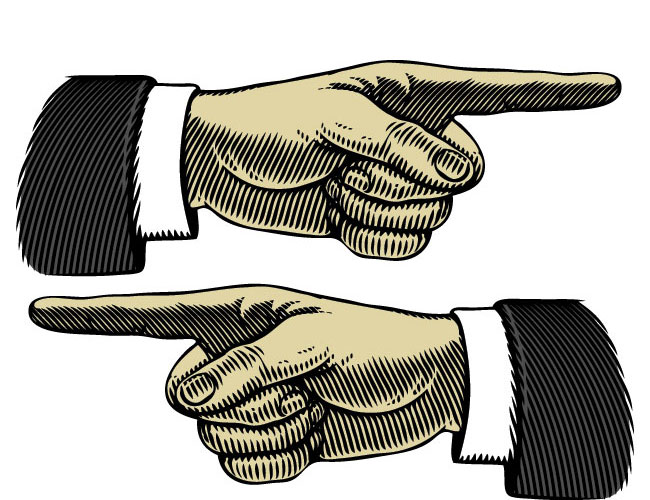 The vacancy on the Supreme Court that materialized with the death of Associate Justice Antonin Scalia this past February, and endures into the current term that began last week, has Americans perplexed about the kind of Supreme Court we want to have. It also has us revisiting the kind of Supreme Court the U.S. Constitution requires us to have. These distinctly different contemplations, although both deserving of our attention, are all too often mistakenly confused as being the same concern.

Given the choice, I favor a nine-member Court. The downside of an even-numbered bench has been evident to most Americans as recently as the last term when important decisions about executive powers, immigration, and unions were left with 4-4 deadlocks for us to see the obvious benefit a ninth justice on the bench would have provided.

Yet just because I would rather have—and simple math would prefer—a fully-staffed Supreme Court doesn’t mean the Constitution requires it.

Despite the near-permanence of the nine-member Court, we have often seen cases where justices have recused themselves for a variety of reasons including sickness, conflicts of interest, or involvement in a case as it moved through the lower courts. Creating a temporary eight-member Court didn’t produce constitutional crises in those circumstances. And it hasn’t produced one today.

While the supreme law of the land doesn’t mandate how many justices sit on the bench, it is clear about who gets to appoint them. The President “shall have power,” Article II states, to appoint “judges of the supreme Court.” Whether a Chief Executive has three years or three days left in the Oval Office, it is their prerogative to exercise this power.

Our analysis then brings us to the check-and-balance role of the legislature in the task of filling vacancies on the High Court. Article II requires that once an appointment is made by the president—and before the appointee gets to don the black robe of a justice—the U.S. Senate gets to bestow their “Advice and Consent.”

“Advice” has been defined by one source as “guidance or recommendations concerning prudent future action.” If “consent” is the ability to approve an appointment, it would be logical to confer the ability to deny one as well.

Yet Senate Republicans are making the case concerning our current judicial-vacancy limbo that even in denying formal hearings and a vote for a presidential appointee they are fulfilling their constitutional obligations. Critics are not so convinced.

So who has the Constitution on their side in this Constitutional dispute? While those who have been disapproving of the Senate delay tactic point our attention in the direction of the Article II clauses detailed above, Article I provides an understanding to resolve the question. In this circumstance, we might be surprised to learn that the power to decide when the Senate is obliged to act has been left with the Senate.

There is not a single clause in the Constitution that compels the Congress to perform one of their functions when they choose not to. “Each House may determine the rules of its proceedings,” Article I states, empowering the respective chambers of the Congress to unilaterally decide how they do or—in this case do not—exercise their powers.

There is only one clause in the Constitution that compels and quantifies an active response if a branch chooses stagnation or motion. And it is an obligation on the President, not on the Senate. “If any Bill shall not be returned by the President within ten days,” Article I mandates, “the Same shall be a law.” Our Framers lodged this device to time-limit a stalling president when he chooses to not exercise his law-making responsibilities after the act has passed both houses of Congress. It wouldn’t have been heavy lifting for them to pen the same time-limit into Article II to strong-arm action from a stalling Senate when they choose to do the same with their confirmation responsibilities. The fact that those who crafted our fundamental law choose to put the time-limit device in the area of the Constitution relating to law-making and omit it in the area relating to appointments informs us that the limit doesn’t exist where it isn’t expressly stipulated.

Our politicians, those entrusted with the power to nominate and approve members of what was designed to be a non-political branch, are clearly playing politics with how they fill the Court—just as the Framers envisioned. Since the Constitution does not provide a remedy for controlling their action and inertia, they thought we, the people, would hold them responsible when they can’t get the job done. Even if the result—and our own inaction—leaves us with a not-so-temporary eight-member Supreme Court.

Put quite simply, eight is not enough. If we’re playing the numbers game, endorsing the case for an even-numbered Supreme Court requires us to remember how effective the Court was in 1803 – the last time there was an even number of Justices on the bench. An odd number of judges on any bench not only makes sense, it has been the model the U.S. Supreme Court has followed, with rare exceptions, for 147 years.

For obvious reasons, an odd number of Supreme Court Justices function to prevent tie votes. Matching results prevent critical issues of urgent national importance from settlement. The lack of instruction that come with majority opinions leaves states and citizens confused, creating a patchwork of myriad policies across the United States. At present, cases are likely being withheld from the SCOTUS for fear the investments in time and legal costs would be lost in a split decision. This is likely how we’ve ended up with a paltry docket of cases this term compared to the start of previous terms.

An even numbers of Justices defies logic. Cases that result in 5-4 decisions are often the ones that have the greatest impact on our national identity and critical issues of social justice. Take for instance the last three terms in which scores of Americans were directly impacted by the decision of just one Justice in cases on affirmative action, access to abortions, legislative redistricting, same-sex marriage, race and housing, free speech, contraception, and campaign finance. To say we can function with eight justices and risk tie votes in these high-stake cases depreciates the role the Supreme Court plays in our day-to-day lives and the intent of the federal judiciary as prescribed by the Constitution.

Questioning why the Framers didn’t codify the exact number of judges and how long it should take to replace them, when such quantifiable text exists in other parts of the Constitution, mischaracterizes the Framers intent of Article III. Article I, where we find the aforementioned time limit device, has the operational language it does in order to activate the very branch of government that is its subject: Congress. The mobilizing language in Article I bolsters the Framers’ intent of legislative efficacy with its can-do clauses, unlike Article II which speaks almost in the same length about the powers of and restrictions placed on the President. Compared to the other two, Article III’s significant lack of text, coupled with its roots in Federalist #78, amplify the notion that this branch – the judiciary – was the “least dangerous” one that could seemingly “annoy” the political rights that flow from the Constitution minimally.

Why then would the Framers put a safety valve like a time limit on how long Mitch McConnell and the Senate Judiciary Committee should take to assemble a hearing and confirm Merrick Garland? Further, should we even be looking to the Constitution for guidance on this matter? After all the absence of constitutional instruction forced articulation of the Supreme Court’s powers in Marbury v. Madison and subsequent ratification of eight judiciary acts.

Nine is not only a good number of judges, it’s worked productively since 1869 when Congress made an odd number the law. In extraordinary situations, where a justice recuses from a case for a variety of reasons, no, we did not find ourselves in the throes of constitutional crisis. However, there’s always the remote possibility that we could find ourselves in such a situation next month if hypothetically we have a swing state fighting over the recount of ballots. Crisis would be an understatement if there’s a 4-4 split on the future of the presidency.

But I should think we can do more, actively, to thwart crisis rather than simply celebrate its absence. I think we deserve more, if nothing else the right to hear Merrick Garland answer questions from both Republican and Democratic Senators on his record, his interpretation of the Constitution, and his vision of the future of the Supreme Court.

James Coll is an adjunct professor of American and Constitutional history at Hofstra University and the founder of ChangeNYS.org, a not-for-profit formed to promote non-partisan civic education and political reform in our state.

Cara Gallagher is a writer who covers the Supreme Court and federal courts for C-SPAN and The George Washington University Law School professor Jonathan Turley’s legal blog. She is the founder of www.SupremeBystandr.com. @SupremeBystandr